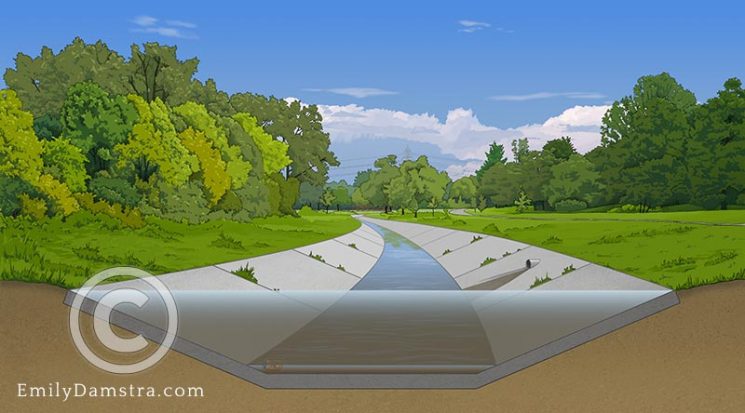 This year I had the pleasure of working the City of Kitchener to help communicate the reasons for and impact of a major stream restoration in one of their urban parks. Before the restoration, the stream sped its way through a concrete channel: 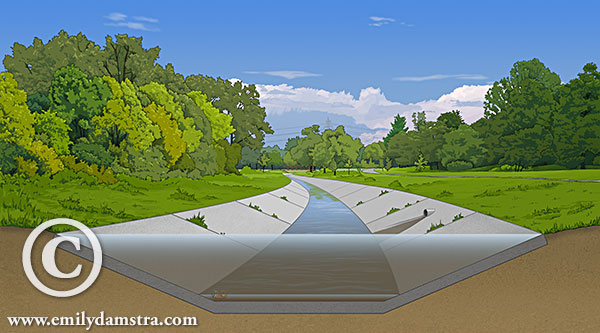 After the City restored the streambed to its more natural, winding state, the waterway became more habitable by wildlife such as the pumpkinseed sunfish. The stream also began depositing sediment along its banks rather than carrying it all the way to the lake in Victoria Park and problematically dumping it there. Another significant benefit of the restoration is the aesthetic appeal of the more natural watercourse: 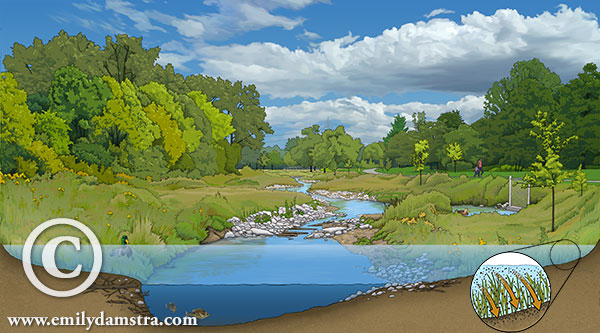 These illustrations will appear on an interpretive sign in Filsinger Park.