Taxonomist Appreciation Day: Use taxonomy to meet your hero? Ferdinando Boero did!

In 2003 I was illustrating animals for Grzimek’s Animal Life Encyclopedia; while doing research for the chapter on hydrozoans (relatives of  jellyfish), I learned that one of the species I was to illustrate was named after Frank Zappa. As it happened, the author of the Hydrozoa chapter was the same man who’d described and named that species. Italian scientist Ferdinando Boero (who enthusiastically provided me with guidance for the illustrations) had named one of these animals with the hopes that he’d be able to meet the musician. Of his plan to use taxonomy to meet his hero, Boero said:

“My strategy was a simple one:
that fauna was (and is) not well known;
I would find some new species for sure;
once I had found them I would have to give them a name;
I would dedicate one of them to FZ;
I would tell him about it;
He would invite me for a visit.”

He not only met FZ, but ended up on stage with him! Zappa even honored Boero with this song. You can find the whole crazy story here.

Here is my painting of the medusa stage of Phialella zappai: 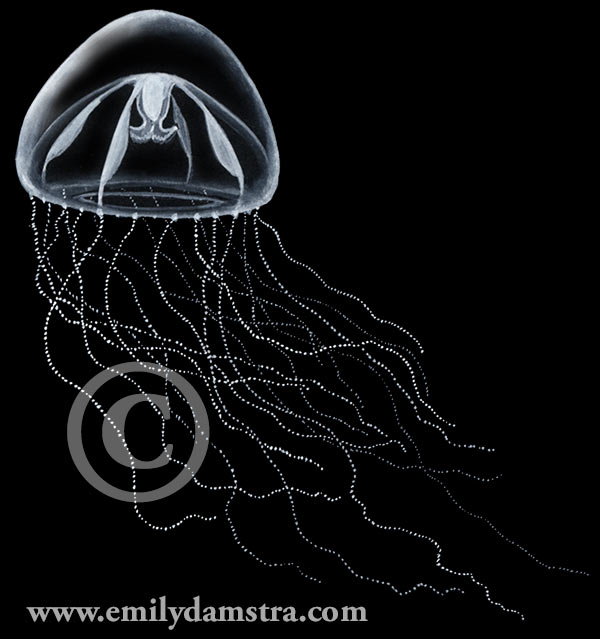 You can see my painting of the polyp stage of Phialella zappai at here my website.